At TutorVille, our mission is to foster a lifelong love for learning that goes well beyond the classroom.

Jess Rogers founded TutorVille in 2009 with the understanding that every student has the right to an education, and we recognize that the one-size-fits-all approach is not realistic. We are a boutique tutoring firm that customizes each student’s educational plan to fit their specific needs and learning style. We offer personalized one-on-one tutoring from Pre K – 12th grade to ensure each student’s academic advancement in all subject areas and testing. We also offer a K – 12 homeschool option through our partner school, TTU K – 12, as well as a full college application/essay program.

Our company objective is not simply to increase our students’ grades. We genuinely care about each student’s personal growth – intellectually and emotionally. With a holistic approach and the nurturing guidance of our tutors, we work hard to advance our students’ confidence and self-assurance for long-term success.

Each one of our tutors goes through an extensive training program, and we take the time to carefully select the ideal tutor to work with your child. At TutorVille, we are here to see you through the entirety of your educational journey and ensure that your child achieves the highest level of success. 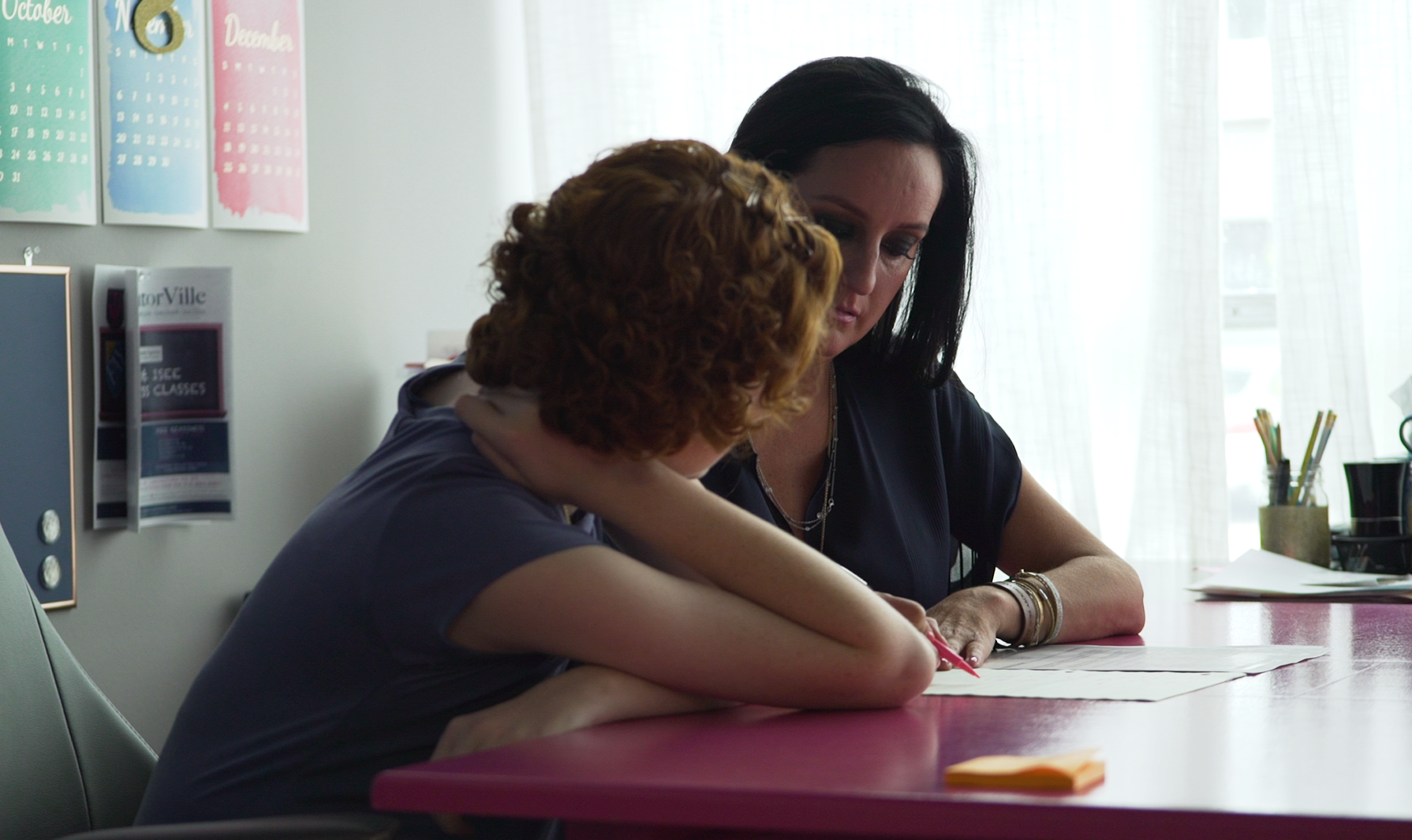 A Message from Jess

I started TutorVille in 2009 so that every single child can have access to a unique tutoring plan that supports and empowers them.

Now, more than a decade later, I am thrilled to launch TutorVille Franchise, which will help share those resources with children throughout the country.

I am passionate about educating children – and I have known this was my purpose since I was eight years old.

At TutorVille, we are a boutique tutoring firm that customizes each student’s educational plan to fit their specific needs and learning style.

Our specialty is carefully selecting the ideal tutor to work with each individual child. We genuinely care about each student’s personal growth, intellectually and emotionally. We have a village of tutors who specialize in various subjects – so that your child will always have access to the resource he or she needs, when and where it’s needed.

We take a holistic, solution-oriented approach to guiding our clients through their full educational journey, from pre-K to college, and all the hurdles along the way.

This is my life’s work, and I am so excited to share the TutorVille experience with the world.

Please join me during this unique time in education. Help me to ensure every child reaches their full academic potential.

Together, we will guarantee that each child becomes a legend. 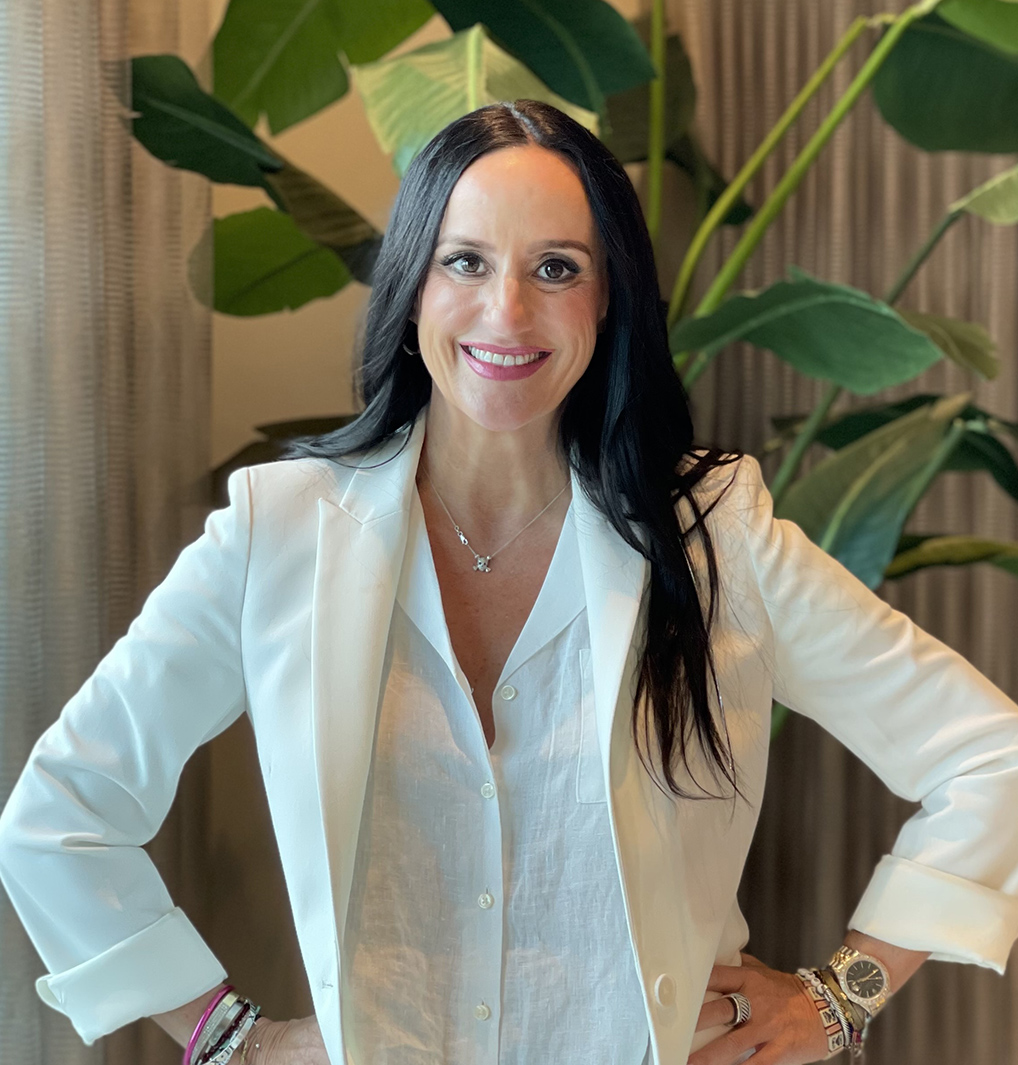 Our Mission and Values

It’s All About the Kids

Every decision is Student First and Student Focused. We always view the experience from the client’s eyes – and what is best for the student’s learning potential. Our priority is always the student, not the tutor. Our clients have a choice, and we are committed to treating each client as our number one priority.

Our reputation is everything. When you are a client, you are family. Each interaction creates perceptions about the TutorVille brand, and we expect each team member to act as if they are the founder.

We focus on the overall, holistic growth of our students – prioritizing academic, emotional, as well as socio-economic learning. We have a true passion for education and focus on maintaining the philosophy on which the company was founded.

We are committed to continuously assessing, adapting and improving. We must always be on the leading edge to stay competitive for our clients.

We are committed to customizing each student’s educational plan to fit their specific needs and learning style.

Our success is dependent upon replicating our superior tutoring services by consistently providing unparalleled experiences to every client.

We expect open communication and value the truth above all else. We expect honesty towards our clients and amongst our team members. All programs are explained thoroughly, and clients are provided with written information about procedures and expectations. At TutorVille, we have an open door policy for all questions or suggestions.

Our success depends on the consistency and reliability of our service and our people. We empower all team members to take responsibility and accountability for the success of the business and each individual client.

When you are a client, you are family. Integrity is the foundation of our relationship with our clients. We are honest with our clients, our strategic partners, our suppliers, and each other. Our clients and team members can trust us to do what is right when no one is watching.

Engaging the Finest, Most Professional Staff in the Industry

We pair you with the best trained, highly motivated, well informed, and appropriately empowered tutors, who are critical to the success of TutorVille. We select, train, and reward tutors who place client satisfaction first. We are committed to providing constant education, motivation, and training to enhance aptitude. We create an environment that promotes comradery, rapport, and inclusion. 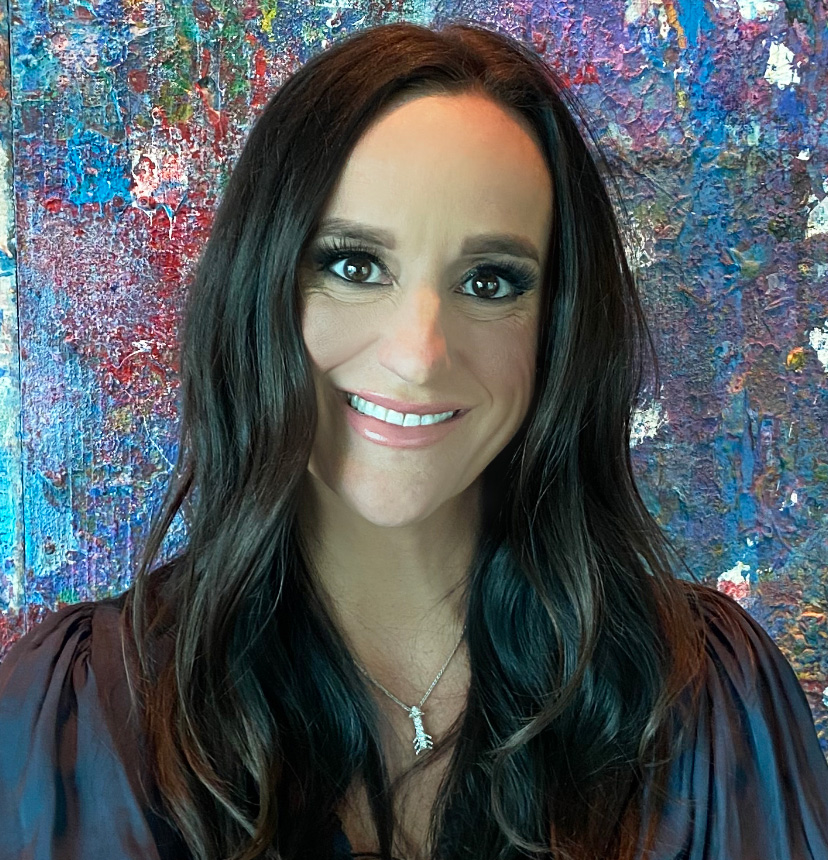 Jess Rogers is an entrepreneur, educator, philanthropist, and community volunteer. Her roles include president and chief executive officer of TutorVille and TutorVille Franchise, member of the Developmental Board for The McNair Center for Entrepreneurship, as well as Free Enterprise at Houston Baptist University.

Jess is an alumnus of Houston Baptist University with a Bachelor of Arts in Mass Media and Speech Communications, as well as a Master’s of Education in Secondary Education. She began her career in education over 20 years ago as a teacher, in 2009 founded TutorVille, a boutique tutoring firm, and in early 2021 founded TutorVille Franchise.

Her personal motto is, “It’s all about the kids,” and that motivates every decision at TutorVille. She strives to do all she can to widen opportunities and create a better educational landscape for students throughout the state.

Among her favorite projects, Jess has worked with Spring Branch ISD’s Community In Schools program to help at-risk students realize a successful future. Jess also enjoyed being a partner with The Menninger Clinic for their in-patient/out-patient homeschool program. At present, she partners with Candlelighters to tutor children who are battling cancer and unable to regularly attend school.  Additionally, she supports 100 Women in Houston Who Give A Damn, Autism Rescue Angels, Bo’s Place, Houston Area Women’s Center, K9s4COPs & K9s4KIDs, and Texas Center for the Missing.

Most importantly, Jess credits her alma mater, Houston Baptist University, with achieving her goals. She has served numerous terms on the alumni board and speaks regularly on leadership panels and podcasts for HBU. Moreover, TutorVille is the exclusive tutoring partner for faculty, staff, and alumni at the university.

In 2014, Jess was named “Women Who Inspire” by fashion designer Elaine Turner. Two years later, she was chosen as one of her alma mater’s “Successful Entrepreneurs” in the December 2016 issue of The Pillars. In 2017, Jess became the first female alumnus invited by Houston Baptist University to conduct the homecoming football game coin toss. 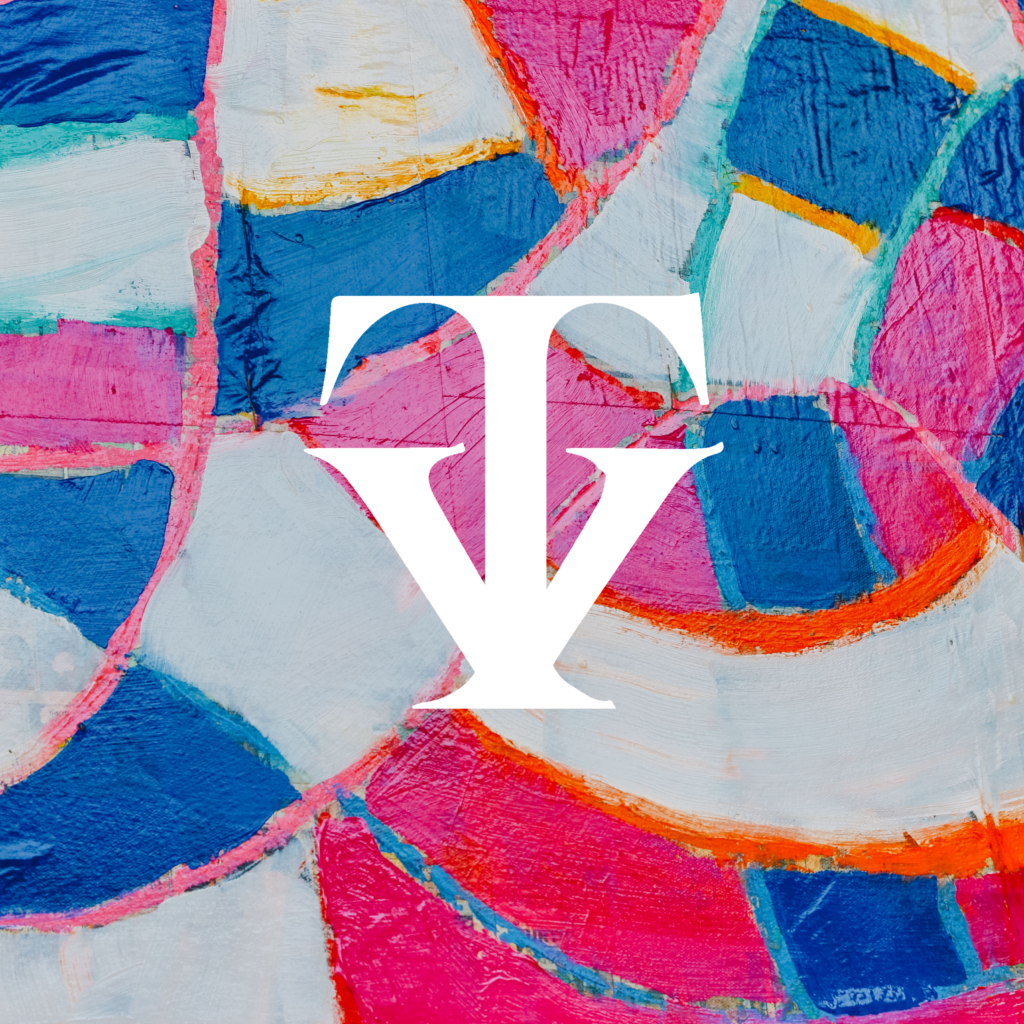 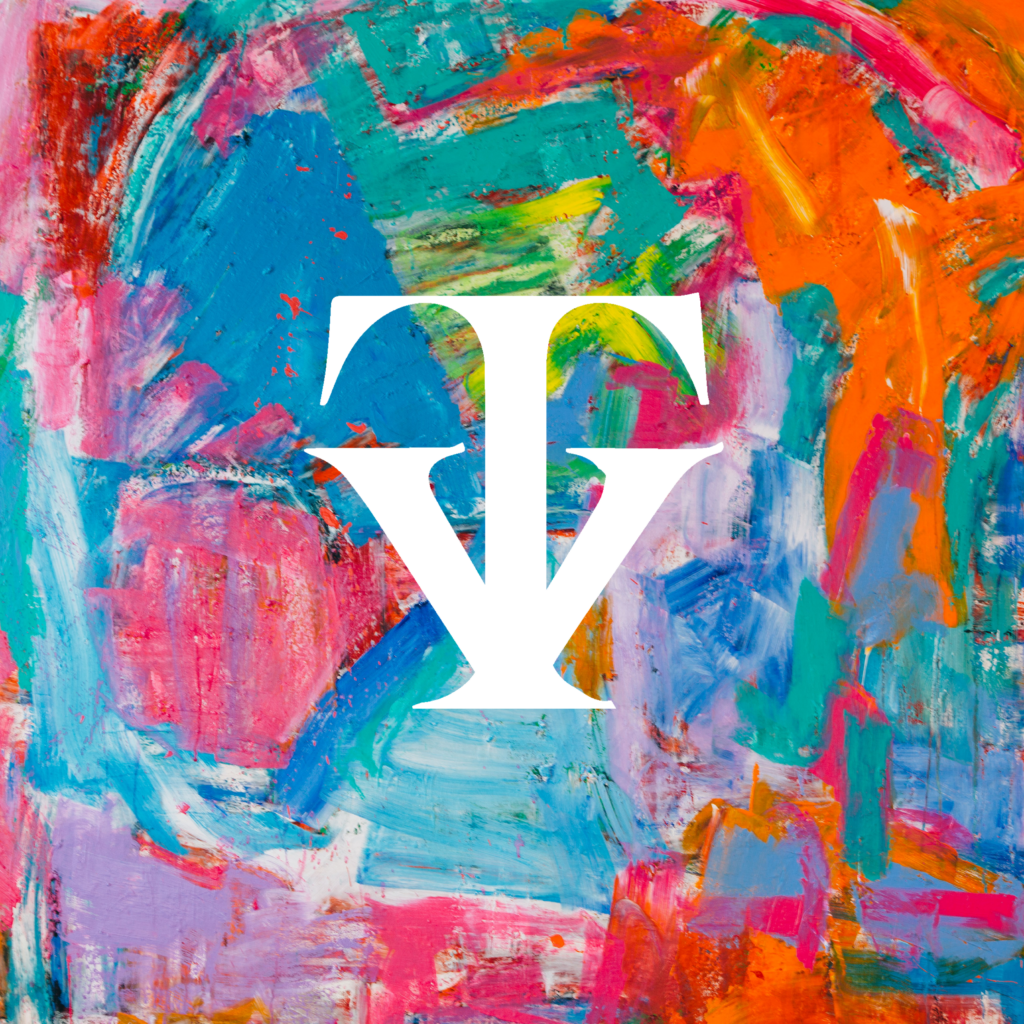 What Others Are Saying About Us

I can’t thank my parents enough for enrolling me at TutorVille. My grades have significantly improved and my self-confidence level has skyrocketed after working with their amazing staff. TutorVille helped me set and reach goals and taught me that I am capable of anything I put my mind to. TutorVille is the reason I have a successful academic career!

I can not express how grateful I am to have these tutors by my side and to have been lucky enough to find them through Jess and her TutorVille team! I am forever grateful and looking forward to many more years of working together!

TutorVille has been invaluable for my children! Whether studying to get ahead or to catch up, working with their tutors gives them a challenge for their minds, confidence in their skills, and tools to be successful in reaching their goals. My kids have different approaches to their academics, and they have both independently learned to engage their strengths to pull through challenges. They have seen measurable results in their academic growth and are always looking forward to the next challenge ahead. TutorVille is truly a gift to my family!

TutorVille was fun because Ms. Jess made the hard problems interesting and that helped me focus more!

I love TutorVille for the confidence it has given my kids – it really has inspired a love of learning!